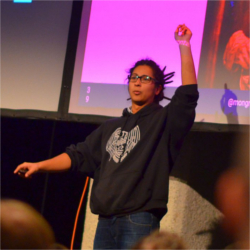 Improving (?) my site's performance: Part I

When I decided to finally come up with a blog, I gave Jekyll and Octopress a try. Nice plugins, “easy” deployment strategies and what not, but somehow I could not cope with them. That’s why I decided to write my own. At last I am a software developer and building a semi-static website shouldn’t be that complicated.
The solution I came up with is inspired by @cyx’s personal website, although now I seriously am thinking about refactoring a couple stuff here and there.

First thing first: I am not a talented designer. Even though I felt quite satisfied with the last design I came up with, I still felt like something was wrong. Twitter Bootstrap to the rescue. It’s been on the market for a while. I have used it before in a couple projects. I am used to it. The design is quite fancy. It’s responsive, blah blah blah. There are a couple shadow effects that I added to the site to make it a little bit fancier and a little bit more “original”.

I also gave a try to Mina to deploy my website to my VPS. As with Capistrano, you can run remote commands on the server side plus the ruby on your scripts doing any kind of magic you can spell. It even has built-in support for Bundler, Foreman, Git, Rails, Rake, rbenv, rvm and Whenever.
Because Capistrano has been on the market for more time, there is a lot more documentation to read, although the Mina documentation is very fancy, which makes it easier to start than with Capistrano, which in my opinion is a little bit scary to start with #hatersgonnahate. Also, Capistrano development seems to be a little more active than Mina.

Another change I made to my site was to switch from Thin to Puma. I skipped the benchmarks so I apologize for that. The good thing is that this change is already in production. Yes, this site is being served with Nginx + Puma with ruby 2.0.0-p0

I’m also thinking about serving my site with SSL but I’m not sure if it is completely necessary but should be fun and entertaining. If you have any suggestions for a good free SSL certificate provider, leave me a comment below.

Last but not least, the biggest change I have in mind is to pre-load all the articles in memory.
When I started building my website, somebody in IRC made me realize that what we write in these blogs is plain text (that’s obvious - duh!) but going beyond the obvious, this is not something that I don’t do on a daily basis, and it’s not something that I think is going to reach the first TB in the next couple decades.
With that in mind, I now need to decide whether or not to load in memory the pre-compiled version of the articles (I write these things using markdown and parse them using RDiscount), as the HTML tags and extra spaces can use some more space in memory or compile “en caliente”, but pre-compiling them sounds like a good approach as I can get better performance out of it because I wouldn’t need to compile/parse the articles for every single request.

Again, if you have any suggestion, I’m all ears (eyes in this case).

I will publish another post with some more updates that I do to this site of mine.